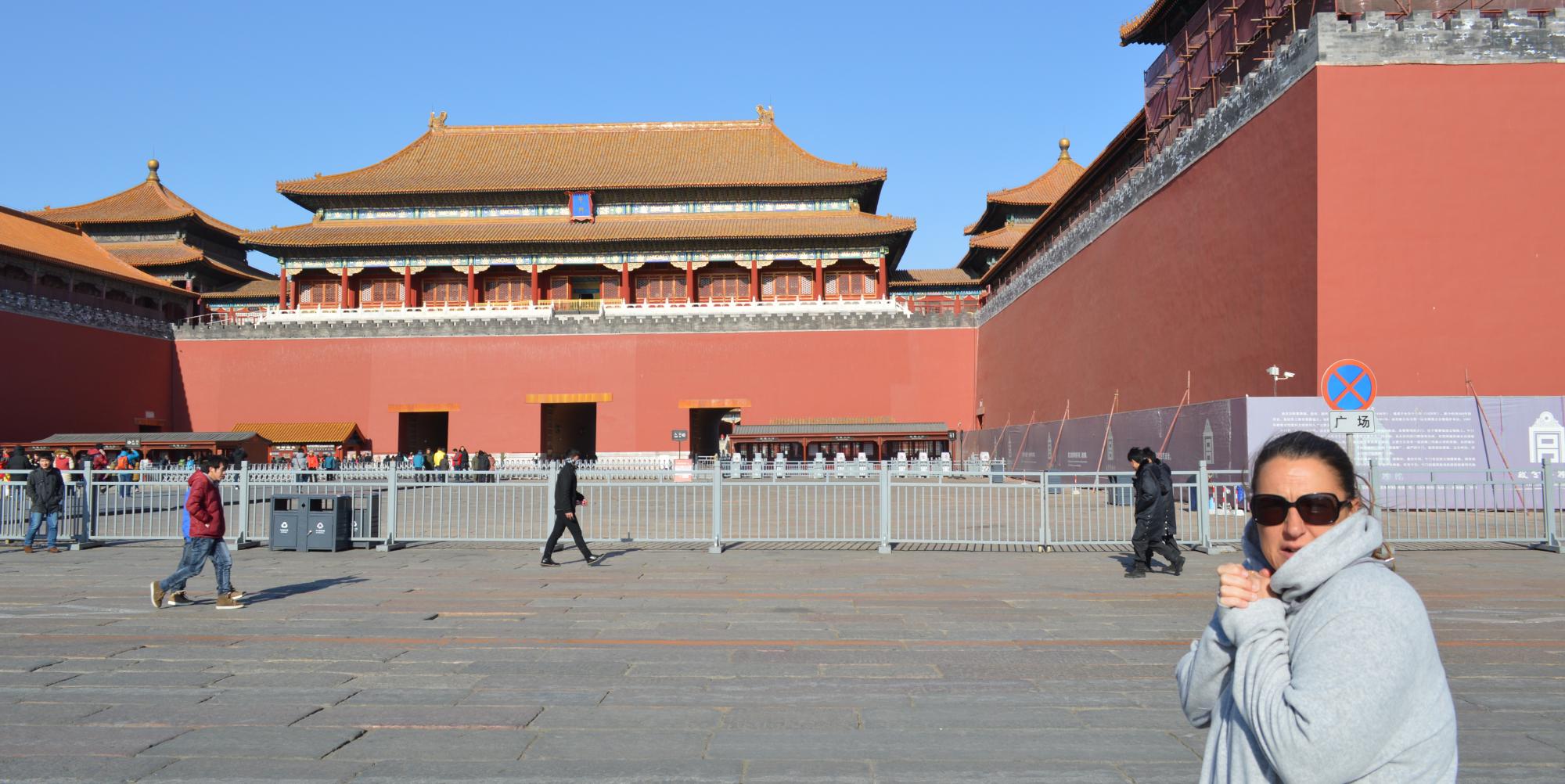 On our way to and from the Philippines we had a lay over in China.

Rather than spend all 13 hours of the return lay over sitting in the terminal we took a flying tour of Beijing.

The first few pictures are taken as we landed at Beijing, its amazing how empty the land around the city is. We then took a few pictures in the airport itself.

We saw the Forbidden city from the outside, because the queues for tickets were huge, and we didn't want to stand in the queue as we were not dresssed for the -5ºC. temperatures.

We then did a drive past The Hall of the People and Tianeamen square.

We spent about an hour exploring the Temple of Heaven.

Other pictures show some of the buildings in the city.